I have written earlier in most of my posts on your financial freedom that you should choose to use the investment to get life experiences.

Today I was watching ETNow Swadesh. Its a business channel in India. I am always looking out for pieces of wisdom from people who are much smarter than me. So there was an interview going on with Sunil Subramaniam. He is the CEO of one the Sundaram Asset Management (Mutual Fund)company which runs mutual funds.

While everyone talks about creating buckets for different life goals while making the investments and choosing the type of investments. He came up with a unique logic which is more attributable to people who live in developing countries like India. Our currency on an average depreciates by about 5% every year with respect to the US dollar.

So in case your aspiration list is about visiting multiple countries, like mine is, his logic is, to invest in global funds where the depreciation of your local currency will not have an impact. Otherwise your buying power falls by that amount compared to the USD.

If you are in the US/Canada/Eurozone/UK then this logic will not be of too much benefit to you because your currencies are typically pegged to the USD. But if you are from a developing nation and if its legal in your country, then you should look at this logic.

Since I practice what I preach, most of my investments happen as SIPs (Systematic Investment Plan) I need to figure out how this logic would work because as the currency depreciates, my ability to buy US stocks becomes weaker, so how are my returns going to be protected.

Till I figure that out.

This word is suddenly in vogue or I have suddenly started noticing it. I have come across this word in more than 6 books in the last two months. Initially this word sounded very dangerous to me. Even though I read the meaning, it didn’t register with me in one go.

Remember I have told you multiple times, that you should get the money automatically deducted from your savings bank account and deposited into your investment fund – a Systematic Investment Plan (SIP). This way your brain will not need to make decisions every month. If you try to do this physically yourself, your brain will always show you all the reasons, why this won’t be a good idea because of some fear it throws up.

Since your brain was designed to ensure your survival as its primary objective, you can’t blame it for throwing these curve balls at you to ensure that it save energy for an attack, when it will need to be in full action.

During my recommendation for these SIPs, I also mention that you won’t even realise after some time that the deduction has happened , because you will adapt to spending only from the money that is left over.

This adaption to the new normal which human beings undergo so easily has a term in the English language called “hedonic adaptation”. In simple terms it also means that we quickly get involve into a new inertia, based on our environment very quickly.

This is exactly what happens when you get a pay raise. When you get the letter with your raise, you are euphoric. Then you get your first pay which is at the increased level. The euphoric has turned down to happiness. By the second month your increased salary also gets completely spent like the earlier salary. Its because you adapt to the new salary and your expenses increase to match the new salary.

So use this human tendency to your advantage to move towards your financial independence. 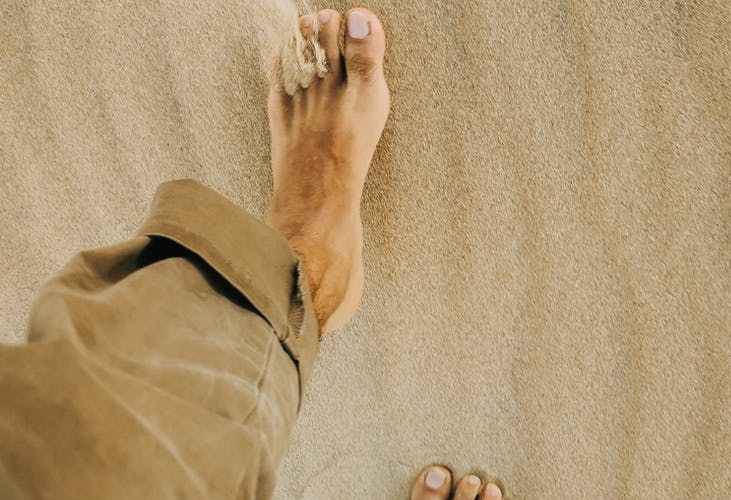 You can read a lot of blog posts like this one, you can read a lot of books, you can watch a lot of videos to start someday. All of this is like getting tourist information (I read this term in Tripp Lanier’s book – This book will make you dangerous:The Irreverent guide for men who refuse to settle – and I just had to use it)

You need to take your first step and get started with the investment. You may make mistakes, so learn from them. Start with investing small amounts so that even if you make a mistake, the loss is not much. Get an advisor who can help you. But start somewhere.

Its only when you start something that you hope to have something in the future. Otherwise you will only keep doing your mental rumination and not achieve anything.

Taking the first step will be the toughest , but once you start don’t let the momentum go. Keep taking one step after another. Once you learn about one investment, check out another and start your journey over there as well.

Till next time then….take action.

Before I actually started on my financial freedom journey, I had been a lot of times to banks to see what were the options for saving, but the interest rates were so low that I thought I would need huge sums of money to hit my goals. Since I didn’t have that kind of money, I just gave up.

I also visited a lot of mutual fund presentations where they spoke about depositing money and how it could grow over a period of time. To cut the long story short, whenever I saw the amount of money needed and the time it would possibly take to get there, my brain would show resistance and I would not invest anything.

If I had invested a little more during those early years when I was just getting started in life, the magic of compounding would have played its role and even that small amount would have become gigantic in the last 25 years. I have mentioned earlier in my posts how my accidental discovery of a statement of a minor Rs2000 (about USD70) which I had invested in 1995 and forgotten, had become more than Rs100000/-(USD2000 approx) that I got shaken out of may slumber.

Our brain gives us a lot of resistance (fear) at anything new. It will throw up a lot of arguments as to how you will manage with $50 less every month. And then life just passes. Before you realise it you are nearing 50 and then it seems as if there’s no future.

But if you just take that first step of automating the process of investment so that even if only $50 goes out of your account every month and you don’t bother about it…..in a few years the magic of compounding will take over and you will be well on your journey towards financial freedom. You will also realise that you don’t even notice the reduction of the $50/- every month after sometime because our brain adapts to the new lifestyle.

If you have hit 50 and you think you are late in this journey, you are wrong. You can make the magic of compounding and the concept of Hemachandra Fibonacci numbers work in conjunction. This way what you have lost in terms of time in the compounding equation can be brought in by the additional principal that you keep investing every month. Most mutual funds have the concept of increasing the contribution in your Systematic Investment Plans . So if in the first two years you have invested $500 each, in the third year invest $1000, then in the fourth year invest $2000 and the fifth $5000. Just keep adding the previous two years and increase your investments.