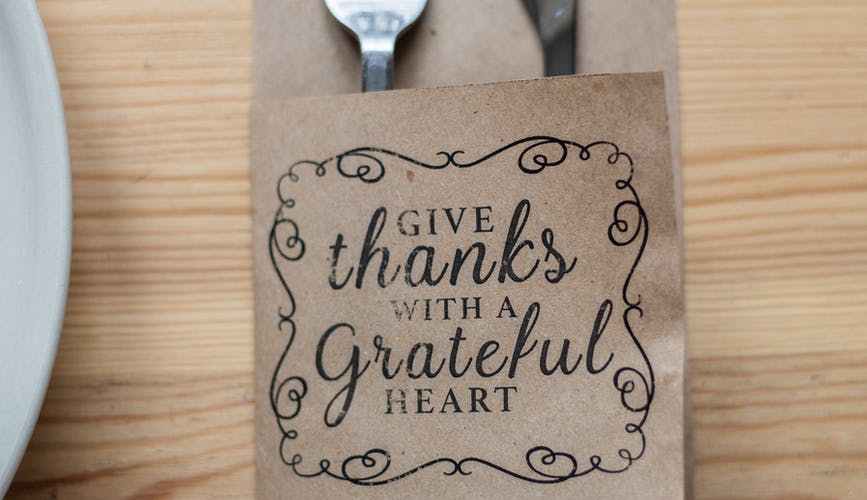 I have written a lot about Karma and gratitude even if you don’t believe in God. I have generally used these things with the view that the Universe conspires to do good to people who do good for others.

In the last few days you would have noticed I have written a lot about the book by Steven Kotler , The Art of Impossible, that I am reading.

In this book I came across actual research data by Barbara Fredrickson, that spoke about positivity ratios and that it takes about 3 positive thoughts to nullify the effects of a negative thought.

What better way to get positive thoughts in your mind than being gracious about what you have achieved, being thankful for that.

There will always be things about which you can feel bad. Someone overtakes you on the road from the wrong side or the ticket clerk at the metro station didn’t behave properly. Our mind has the ability to spiral out of control with negative thoughts. More than the thought itself, its the emotion with which we think about the thought that causes the bigger problem.

When you are thanking God, the Universe or whoever for what you have, and where you have reached from where you started the emotions just can’t be negative. When the mind starts having gratitude multiple times a day, slowly the mind gets more restful I have noticed. Maybe its the positivity ratios which kick in. Once the mind is more restful, you start having better ideas for solving problems. Possibility thinking helps find more options to solve the same problem.

When you solve problems, there’s a dopamine kick which comes in which makes you feel even better and the positive spiral starts.

I first got introduced to this idea by Tony Robbins but didn’t actually follow it religiously. But I saw some videos by Dan Sullivan, in which he spoke about how people with a gratitude mindset are able tot create more abundance. That got me hooked on to this idea and since then I have been following it very religiously.

Till next time then, be grateful for what you have today.